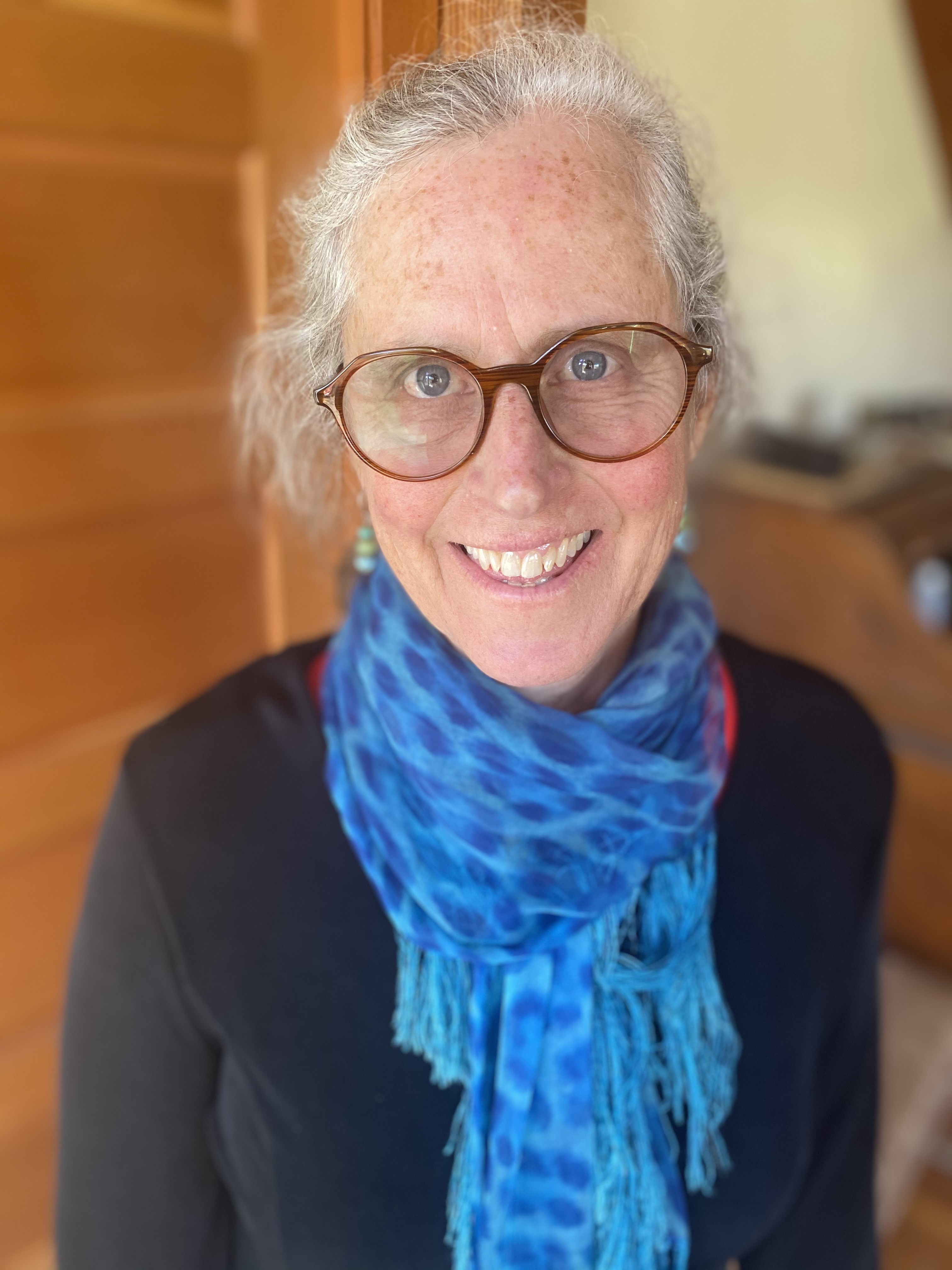 Betsy Wharton, RN, MSN
‍
A graduate of the University of Tennessee, Knoxville, Betsy began her nursing career during the height of the AIDS epidemic where she worked in hospice and home health in Seattle. Since then, she has worked in maternal child and public health in far flung places from the Navajo reservation to Peshawar Pakistan.  Since moving to Port Angeles in 2001, Betsy worked with First Step Family Support Center and most recently taught the Health Occupation program at Port Angeles High School.  In her spare time, Betsy enjoys travel, kayaking, gardening, and fermenting. You may even recognize her as the pickle lady at the farmer’s market.Betsy is thrilled to return to her hospice roots  “It feels like coming home.” 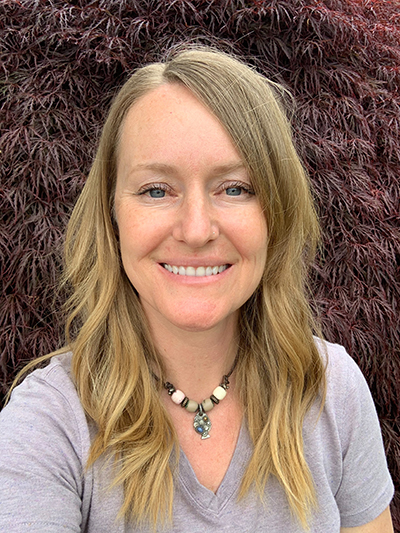 Haley Blackburn-Jacobs RN, BSN
‍
With 18 years of experience as a Registered Nurse, Haley brings a wealth of knowledge and experience to VHOCC. In addition to her background in critical care, Haley’s passion for helping others has resulted in her dedicating the last five years to hospice and palliative care. Haley enjoys gardening, hiking, exploring, and traveling far and wide. Originally from the deserts of the Southwest, she has now lived in Port Angeles for just over a year and is excited to be a part of this amazing community. 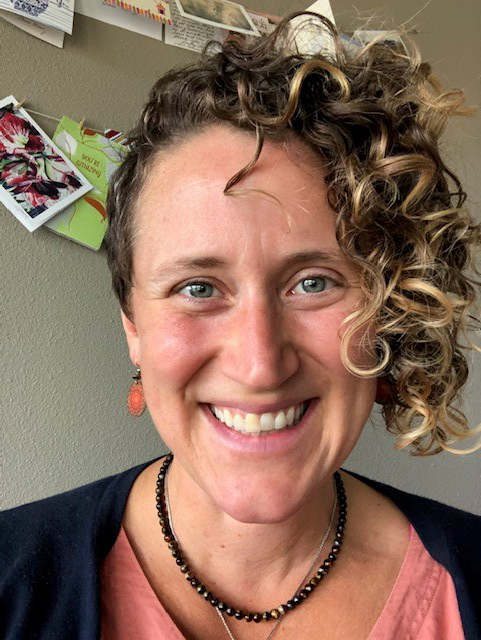 Trisha Buckingham, RN
‍
Trisha is passionate and thoughtful. She loves nature and believes there is nothing more natural than the dying process. Trish considers it a great honor to know, care for, and guide people through the dying process. She grew up here in Port Angeles, and after working as a travel nurse for several years, Trish realized there is no place more beautiful or grounding than the Olympic Peninsula. She moved home and started working for VHOCC in 2018. Trish enjoys working with herbs, hiking, reading, gardening, bird watching, and spending quality time with people she loves. 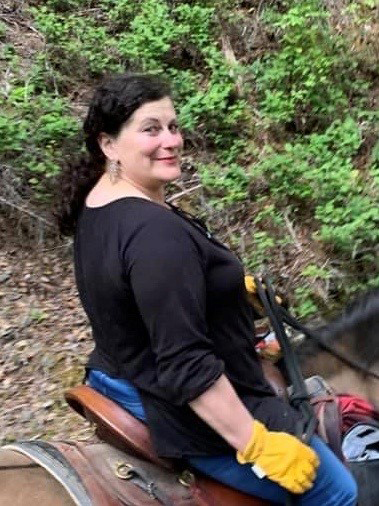 Tammy Belle Dedmore, CNA
‍
Tammy’s love for people and desire to help others through hard times are what drew her to work with VHOCC. Comforting others, she says, brings her life great satisfaction. Having lived her entire life in Port Angeles, Tammy counts the Olympic Peninsula’s salt water and mountains as precious. In addition, she enjoys visiting family, singing, fishing, and hiking.
‍ 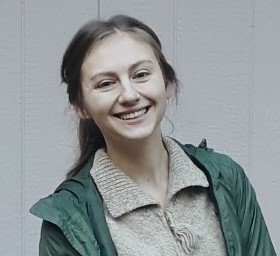 Jannae Groeneweg, RN, BSN
With several years of experience in a variety of different healthcare settings, Jannae has found her greatest passion to be in hospice care. She enjoys connecting with patients and families through a holistic approach, supporting the mind, body, and spirit along their end-of-life journey. After recently moving from Seattle, Jannae is overjoyed to be creating a home and finding community in the Olympic Peninsula. In her spare time, she loves exploring new areas outside in nature, playing tennis, practicing yoga and meditation, and knitting.

Anne L'Heureux, RN, BSN
Anne’s professional interests have evolved greatly during her 28 years as a nurse. She has worked on medical-surgical units, critical care units, and in nursing education. She is compassionate, thoughtful, and an advocate of a patient’s right to self-determination, personal dignity, and autonomy. She is eager to share her professional experience and passion for nursing with the VHOCC community. She is honored to serve them.

Anne is an East Coast girl, who became an adult in San Francisco, and now calls the Olympic Peninsula home. Her interests include yoga, walking, and reading. Anne is excited by all things food-related, especially the sharing of food, its history, its preparation, and its presentation. 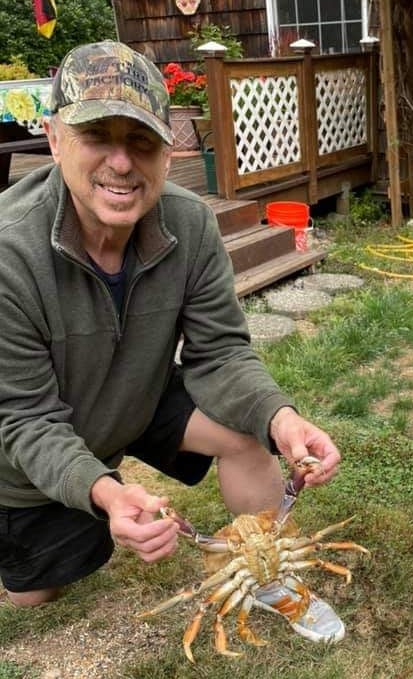 Gary Schneider, BS, BSN, RN, CHPN
‍
After his time as an Army paratrooper, and then as a member of The Old Guard (the Army’s ceremonial unit), Gary became a firefighter/advanced life support paramedic. Later in life, he felt nursing was where he should be. In nursing school, Gary chose to study to become an ICU nurse and took extra classes in the ICU as part of the clinical portion of his nursing program. However, an experience taking care of a hospital patient on “comfort measures” pushed him directly into the path of hospice. Gary has been an RN for about ten years and has been in the field of hospice most of that time. Sometimes, when people ask him how he can be a hospice nurse, he commonly replies, “How could I not?” 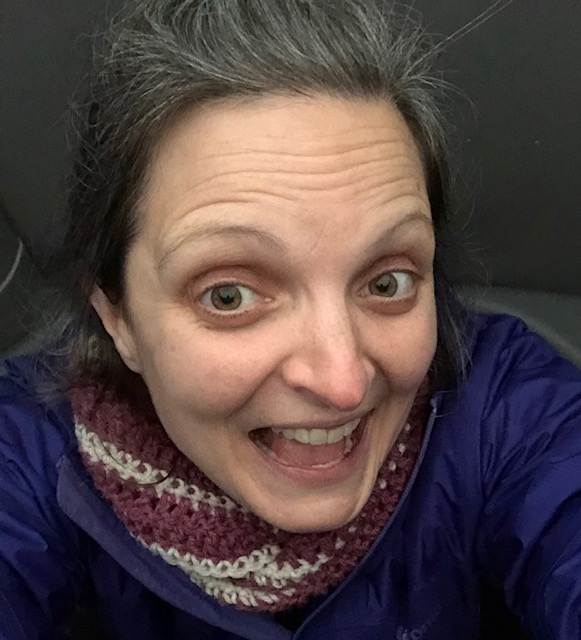 Molly Wallace, RN, BSN
‍Molly has lived all over—born in Durham, North Carolina, raised in Louisville, Kentucky, and on the move ever since—finally landing in Port Angeles in 2015. Along the way she became a nurse, with her first hospice experience at Rainbow Hospice & Palliative Care in Chicago in 2014. It was then Molly realized that hospice is where she belongs—providing compassionate end of life care for free to those in the community. In her spare time, Molly enjoys hiking, walking her dogs, camping, and eating good food with friends and family. 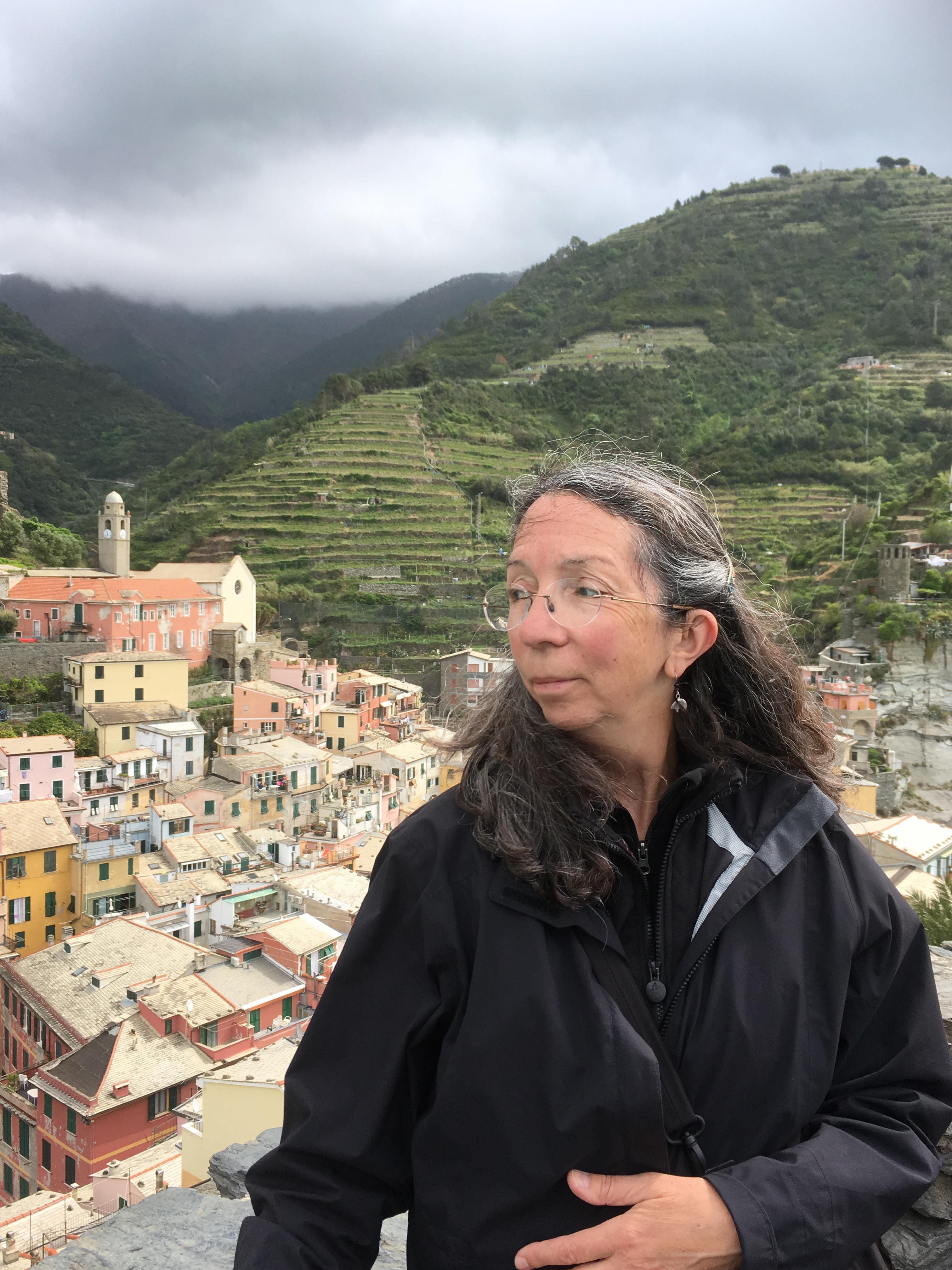 Marca Davies, BSN, RN, MN
I value the role of VHOCC in our community and feel fortunate to be involved with the organization. I have a Master’s degree in Adult Nursing and have lived and worked on the peninsula since 1980. I retired after 31 years (23 as Director of the Nursing Program) at Peninsula College in 2013. I  began working as a per diem nurse for VHOCC in 2010 and retired 2019 to serve on the board. I came back to join the nursing staff in June 2021. My other nursing experience has included several stints in community health nursing in Asia, Africa and Central America. I was also activated for the first Gulf War and served in Saudi Arabia with a naval fleet hospital. In the US I have worked in hospital settings, primarily critical care, as well as community and home health settings.

I’ve been married for more than 51 years to John and we have a grown daughter who works as a teacher in SW Washington. We have horses, elderly chickens and a dog and grow a garden. We love to travel. I am a quilter and a knitter and love walking and running. 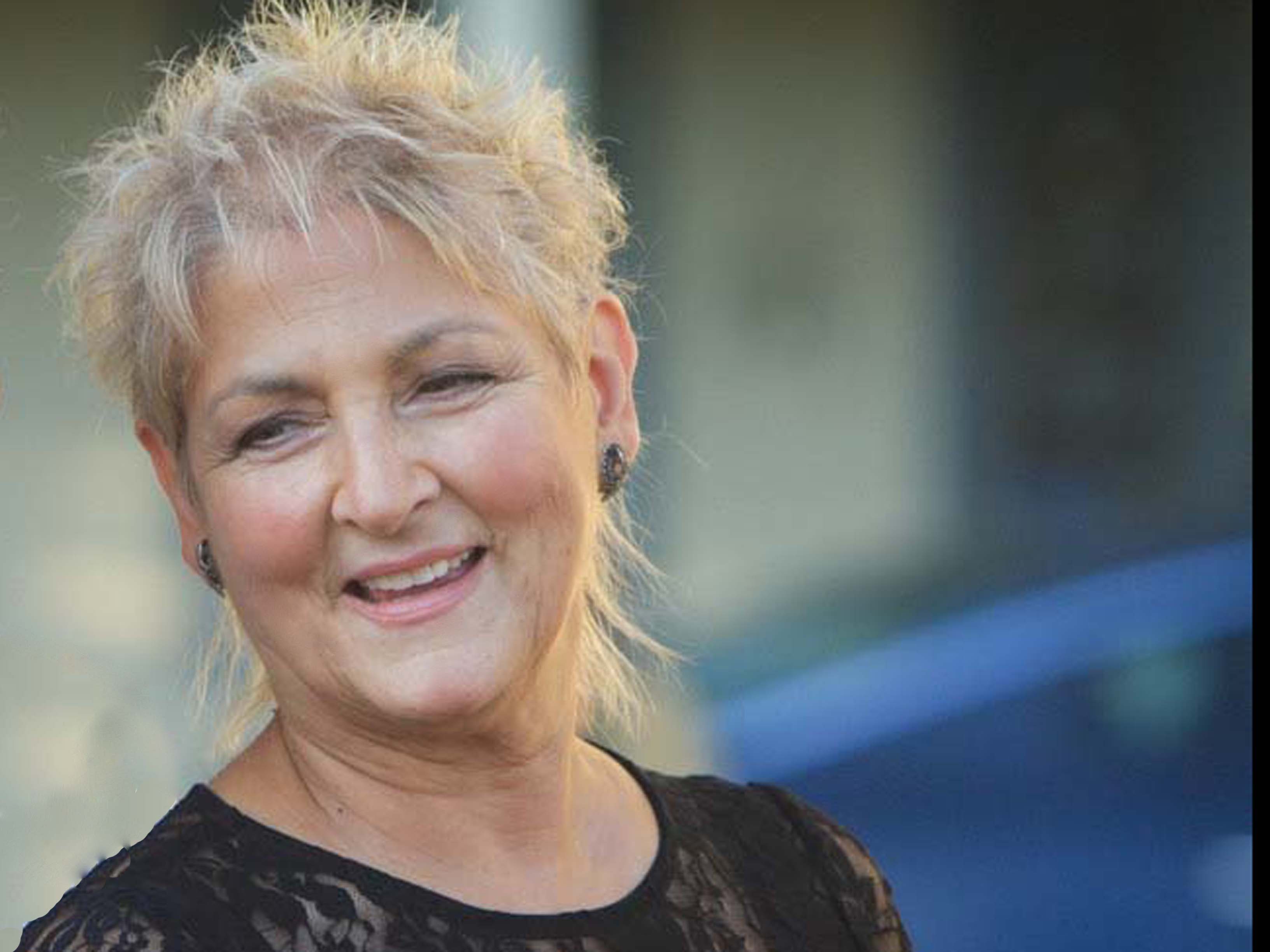 Elizabeth Perez, RN, MSN
After 52 years of nursing, Elizabeth is still passionate about patient care.  Neuro-rehabilitation nursing has taken up the majority of that time, while running her husband’s physical therapy offices and maintaining a wound clinic for over 15 years.  An amateur photographer,  Elizabeth drinks up the peninsula beauty, in her free-time.  It is her love of, and belief in VHOCC’s mission that has seduced her back from retirement. 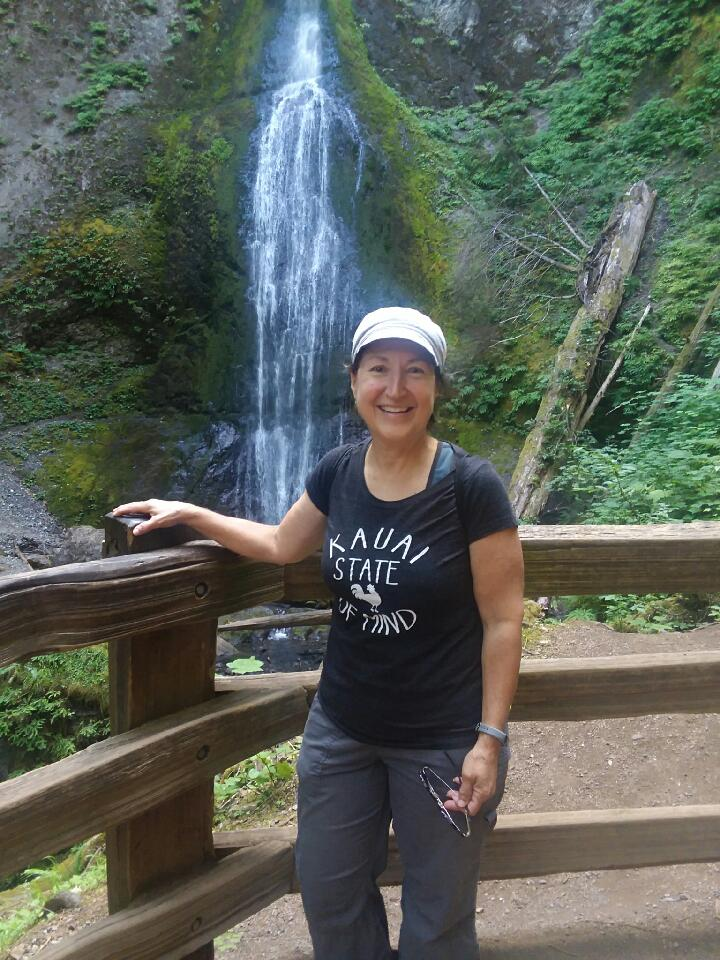 Lynn Whitmore, BSN, RN, MS
Lynn was born and raised in Nebraska. In 1982, she married Scott, a now-retired Air Force pilot. They raised two sons together while juggling military life and Lynn’s work as a registered nurse. Being a military family meant moving frequently over the years, which afforded Lynn many opportunities to work with various age groups and in multiple settings as a nurse. The family settled in Port Angeles in 1997, where they now live close to their sons, daughters-in-law, and four wonderful grandchildren. Lynn felt called to hospice in 2017 and feels that working for VHOCC is a sacred honor. This work has brought the most meaning to her both personally and professionally in her life-long nursing career. 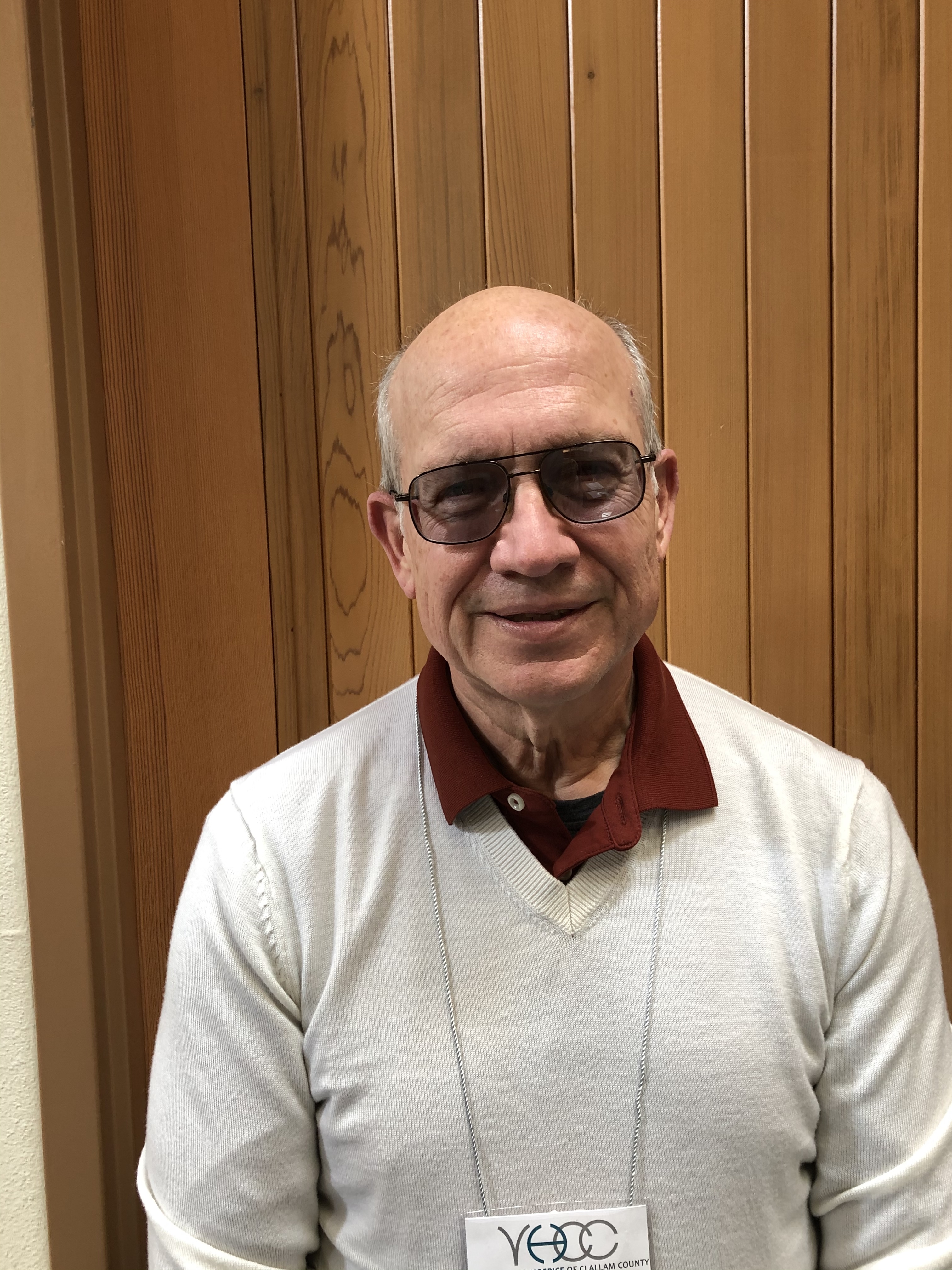 Stuart Koop
INTERIM EXECUTIVE DIRECTOR
‍
Stuart Koop retired after 2 twenty-year careers. The first was in IT Services and the second was in Finance and Administration. Both careers were at several small colleges of 800-2000 students in the Midwest, East and West. He has an undergraduate degree in chemistry from Central College in Iowa and a masters degree in management information systems from University of Illinois-Springfield. He has lived in Sequim just over 4 years 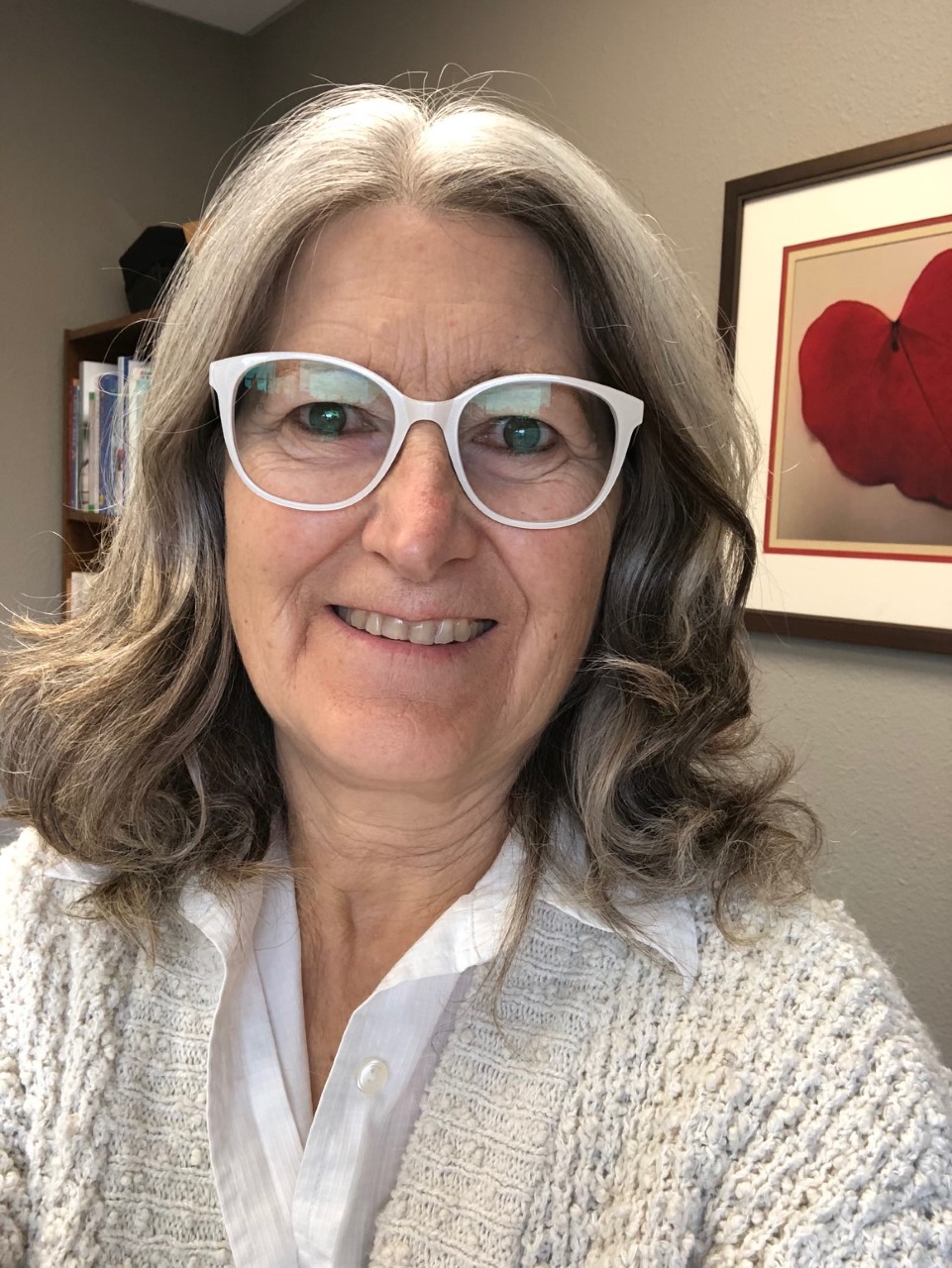 Astrid Raffinpeyloz
VOLUNTEER SERVICES MANAGER
‍
Astrid obtained an MA in Political Science in France and an MA in Transpersonal Counseling Psychology in California. She held various managerial positions in non-profit groups, small businesses, and large corporations.  Following a close friend’s death, her heart found its place in hospice and she started to volunteer in 1996, primarily in California (Sutter VNA, Zen Hospice Project, Hinds Hospice) before moving to the Olympic Peninsula and finding VHOCC. She was invited to join the Board in May 2015 and accepted the position of Volunteer Services Manager in January 2016. She and her husband raised 3 adopted boys while living on a ranch, and continue their love of growing food with a small microgreens business. 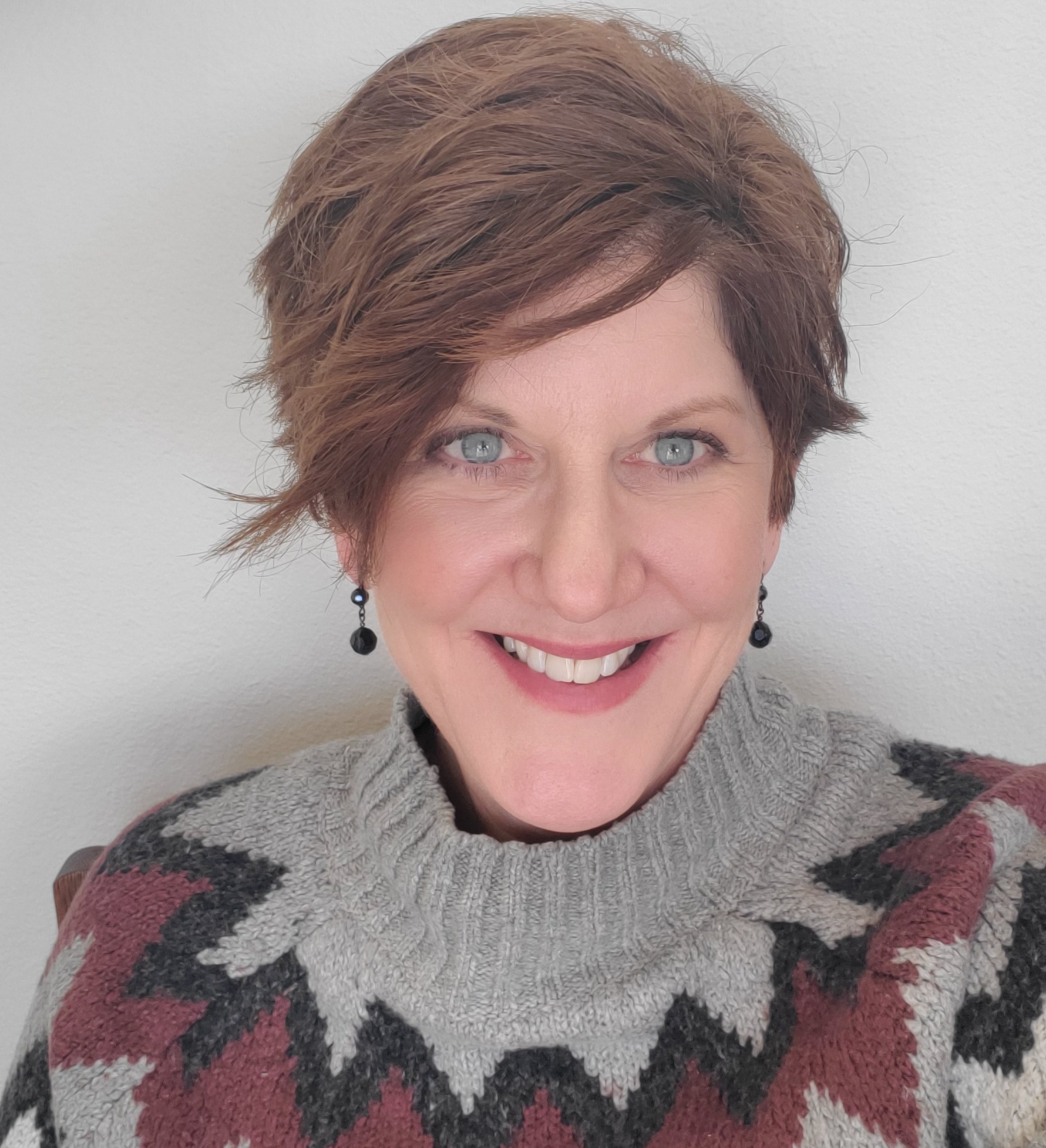 Anita Chilton
ADMINISTRATIVE MANAGER
‍
As a customer-centric administrative, client services, and hospitality professional, Anita finds fulfillment in contributing to the needs and care of others while creating efficiencies and ensuring smooth daily operations. With prior employment at nationally known construction firms and top-ranked inns, Anita brings her attention to detail, care, and organizational skills to VHOCC. Her family has been on the receiving end of Hospice care, so she appreciates this level of care and wants to give back to the community. This North Carolina native lived in California for 16 years before relocating to the Olympic Peninsula in 2018 due to its beauty, diversity and smaller town living. She enjoys hiking, cycling, photography, cooking, and spending time with friends. 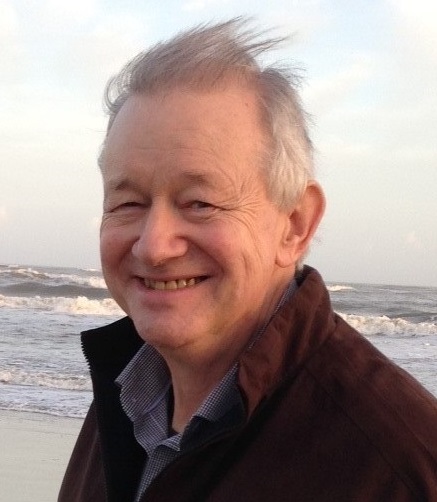 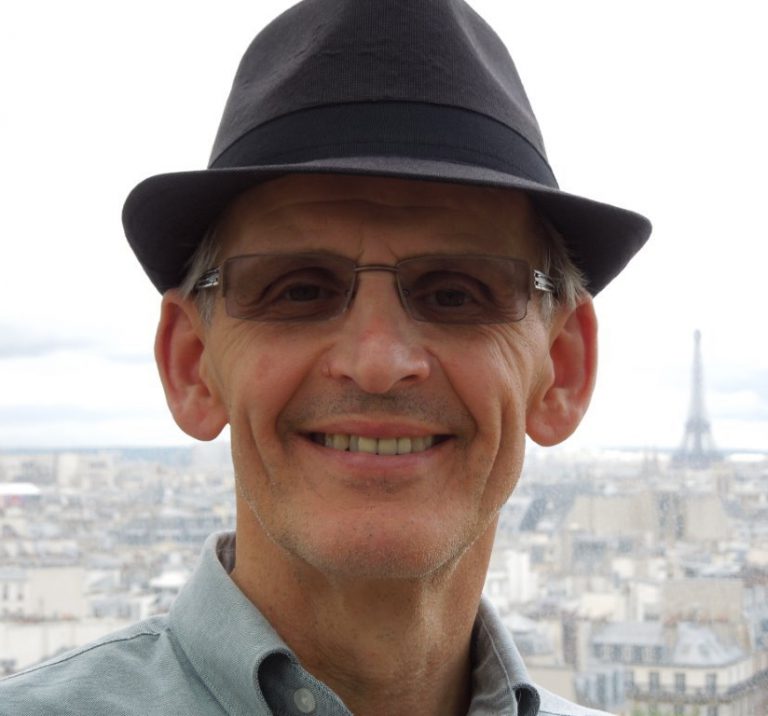 Michael is a retired social worker who spent over thirty years working with various disadvantaged populations, including 14 years as a Child Protective Service worker in Port Angeles. He graduated from the University of Maryland School of Social Word and Community Planning in 1989 and has lived in Sequim since 1997. 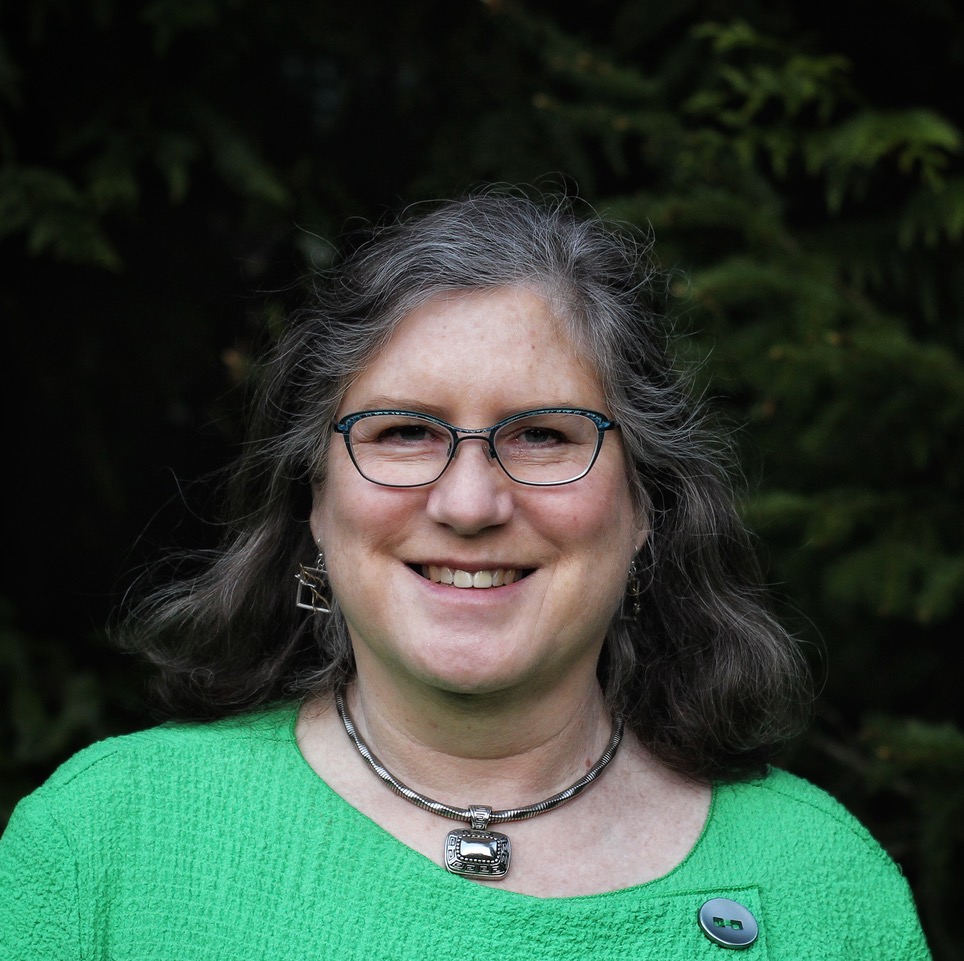 Karen is Executive Director of the North Olympic Peninsula Resource Conservation & Development Council (NODC), the Economic Development District for Jefferson and Clallam counties. She has more than 25 years of experience in rural development, fundraising and non-profit administration, both as a staff and board member. She has lived in the Port Angeles area for five years. She holds Bachelor's and Master's degrees from Louisiana State University in Baton Rouge.
‍

Wendy Brown, RN
DIRECTOR
‍
During a 30 year career in nursing at both the University of Washington and Fred Hutchinson Cancer Research Center, Wendy worked to provide direct patient and to ensure the protection of people who were “subjects” in research studies focused in oncology and HIV/AIDS. She retired in 2014 as the UW Assistant Director for Research Quality and Compliance where she developed the institution’s first research education and monitoring program. 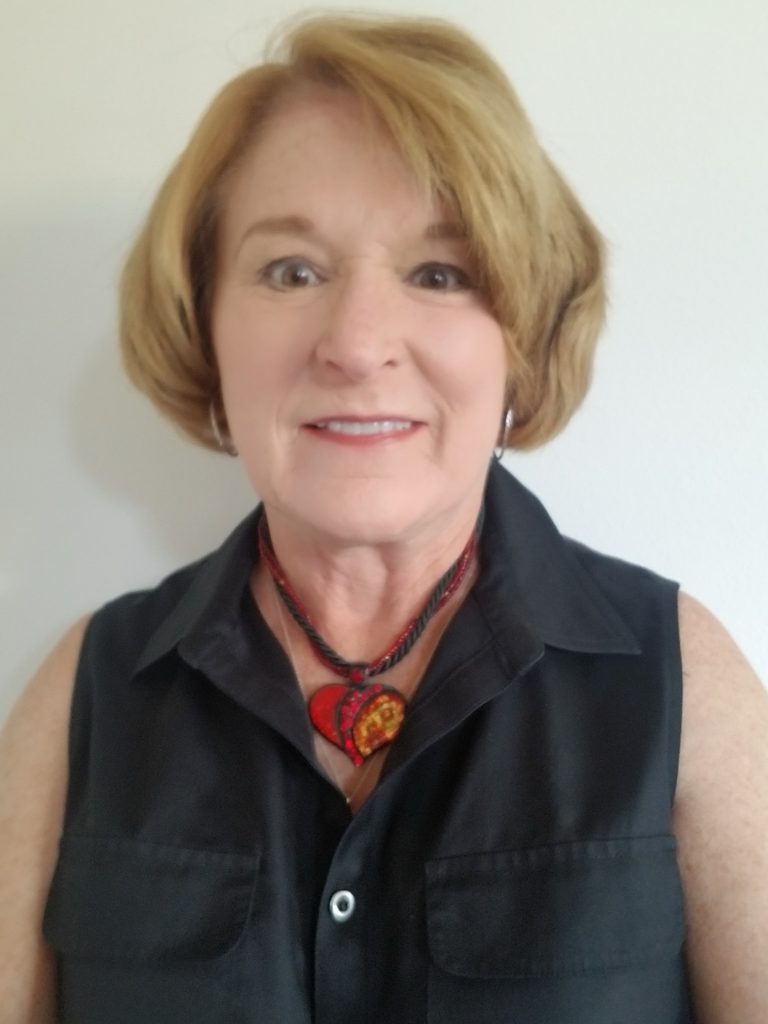 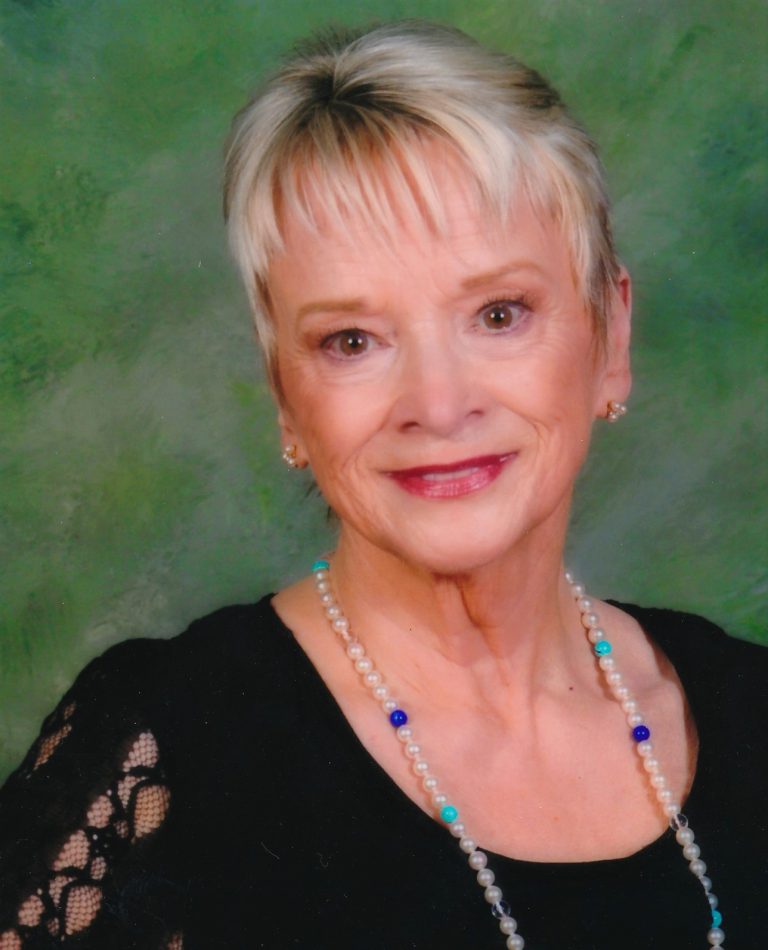 Sally has a long association with Hospice, from her early days as a Public Health Nurse in King County when she made home visits to dying patients and to bereaved young parents of SIDS babies. Those experiences inspired her to follow a career focused on the care of persons impacted with all manner of losses, from personal losses related to jobs, family, divorce, to loss of body functions and ultimately death.
Tyrrell Prosser
DIRECTOR

Serving our community since 1978.
VolunteerGiveSubscribe